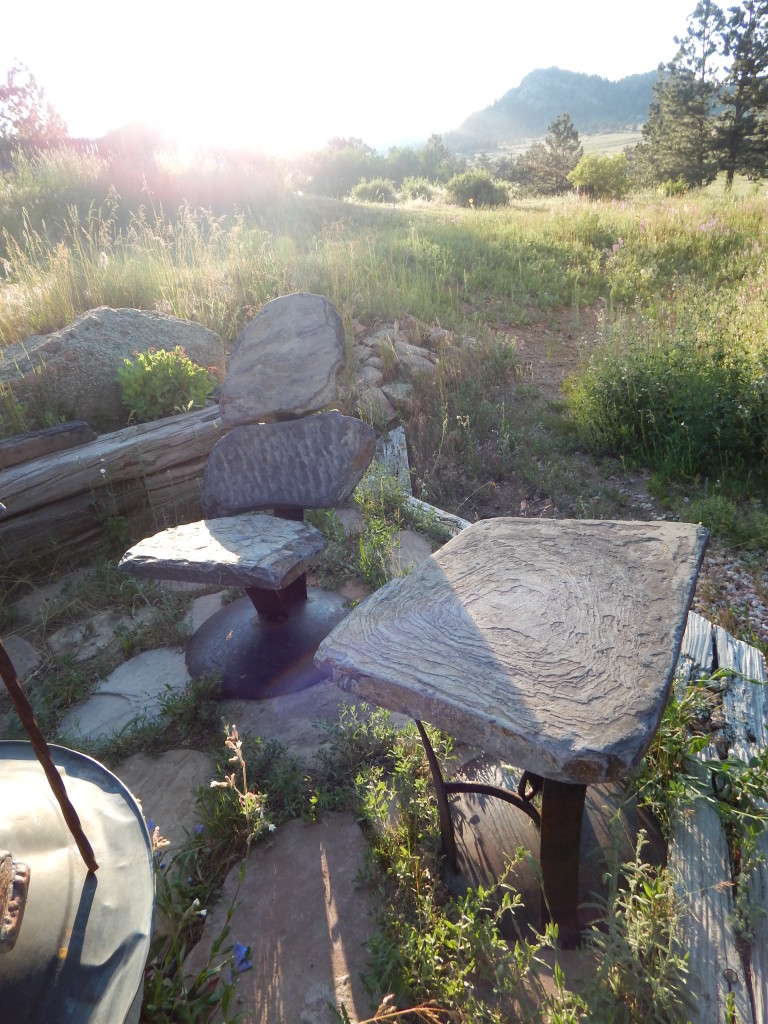 There have been times when Stone 2 Furniture has been able to reach out to our community and provide a helping hand. We have built memorial benches and chairs and even auctioned off a set of furniture to help a family in need. We never expect to see the furniture again, but recently a Deep Seating set found its way back home.
A couple of weeks ago we got a call from a client who had purchased a set of Stone Furniture from us 10 years ago. The furniture was actually bought at an auction. Stone 2 Furniture donated a set of furniture to raise money for a family who had suffered the loss of a mother and daughter. The mother, Ute, was the local veterinarian here in our community in Livermore, CO who made house calls and her daughter, Sevi, was 8. They were killed instantly in a head on car accident on their way to see family in Texas.

The father and son were left behind and we wanted to help. We build a set of furniture and auctioned it off, giving the proceeds to the dad. Well, the client who won the auction called 2 weeks ago and said he wanted to give the furniture back to us because they were moving. Because they are unsure where they are moving to and just when they will be settled down again, they didn’t want to risk having the furniture lost or broke in the meantime. So, he decided to give it back to us. He wanted the furniture to be with someone that would love and appreciate it as much as him and his wife had and know the cause behind it.

When we went to pick up the furniture, his wife said that of all the things she will miss the most about Colorado, the greatest will be sitting in her Stone Furniture and enjoying the views from her patio.

The set of furniture that returned to us was a 3 piece Deep Seating set. We built the set long before we put arms or swivels on the furniture. It was some of our first creations. It is as beautiful as it was the day we auctioned it off. We are happy to be able to give the furniture a new forever home. We have placed it around our fire pit and it looks amazing.

As Seen on TV

The Artist At Work